RUBiS employees came to fight, fight to bring awareness to the deadly disease of cancer through an educational door decoration contest among employees. Six of RUBiS departments put their best hands forward to not only represent their department but the cancer of their choosing.

This team building exercise brought colleagues together all hours of the day for competition day. Expert judges were brought in from the Sister Sister Breast Cancer Support Group (S.S.B.C.S.G) and the US Too Prostate Cancer Group to judge the event in full support of RUBiS’ initiative. Judges were Sherlyn Hall and Harrison Gibson from Us Too and Yvette Williams from S.S.B.C.S.G. In return, RUBiS donated $2,000 to each of the organizations for its Cancer Awareness Month.

For the past few years, RUBiS Bahamas Limited internally recognized October as Cancer Awareness Month. Each October employees participated in activities such as the Bowl for the Cure, Cancer Ribbon, Walk for The Cure or Tell Your Cancer Story. Further, RUBiS would also align these activities with a cancer organization(s) to provide financial support for persons with cancer.

Breast, Liver, Stomach, Prostate, Cervical and Colon Cancer were all well represented by IT, Maintenance, Sales & Marketing, Administration, Finance and Operations departments in the door decorating contest. The contest took place on Friday, October 28th and departments were judged on eight criteria to award first, second, and third place winners.

Managing Director of RUBiS Bahamas Limited, Raymond Samuels commented “This was an excellent initiative. The effort, output, comradery, friendly rivalry, and excitement of this new initiative was admired and certainly something we would like to continue to build.”

Yvette Williams, founding Past President of Sister Sister Breast Cancer Support Group stated “the level of competition was so great and the time and effort that went into the preparation was phenomenal. You have a great team here.” “We were excited and blown out of the water”.

Winners were announced Tuesday, November 1st by Mrs. Williams and representatives from Us Too Prostate Cancer Group. RUBiS Finance Department secured first place with a score of 66.3 under the theme ‘Prostate Cancer’; second place was Sales & Marketing Department at 66.0 points with the theme ‘Liver Cancer’ and third place was Clifton Pier Terminal Operations Department at 61.3 points with the theme ‘Stomach Cancer’. Honorable mention was given to IT & Maintenance with Breast Cancer and Clifton Pier Upstairs Operations Department with Cervical Cancer.

For Breast Cancer Awareness Month, RUBiS also participated in this year’s CIBC Walk for The Cure as a Bronze sponsor on October 1st. This event kicked off the annual cancer awareness month. RUBiS team member Sasha Martin and her husband both won 2nd place in their age categories. 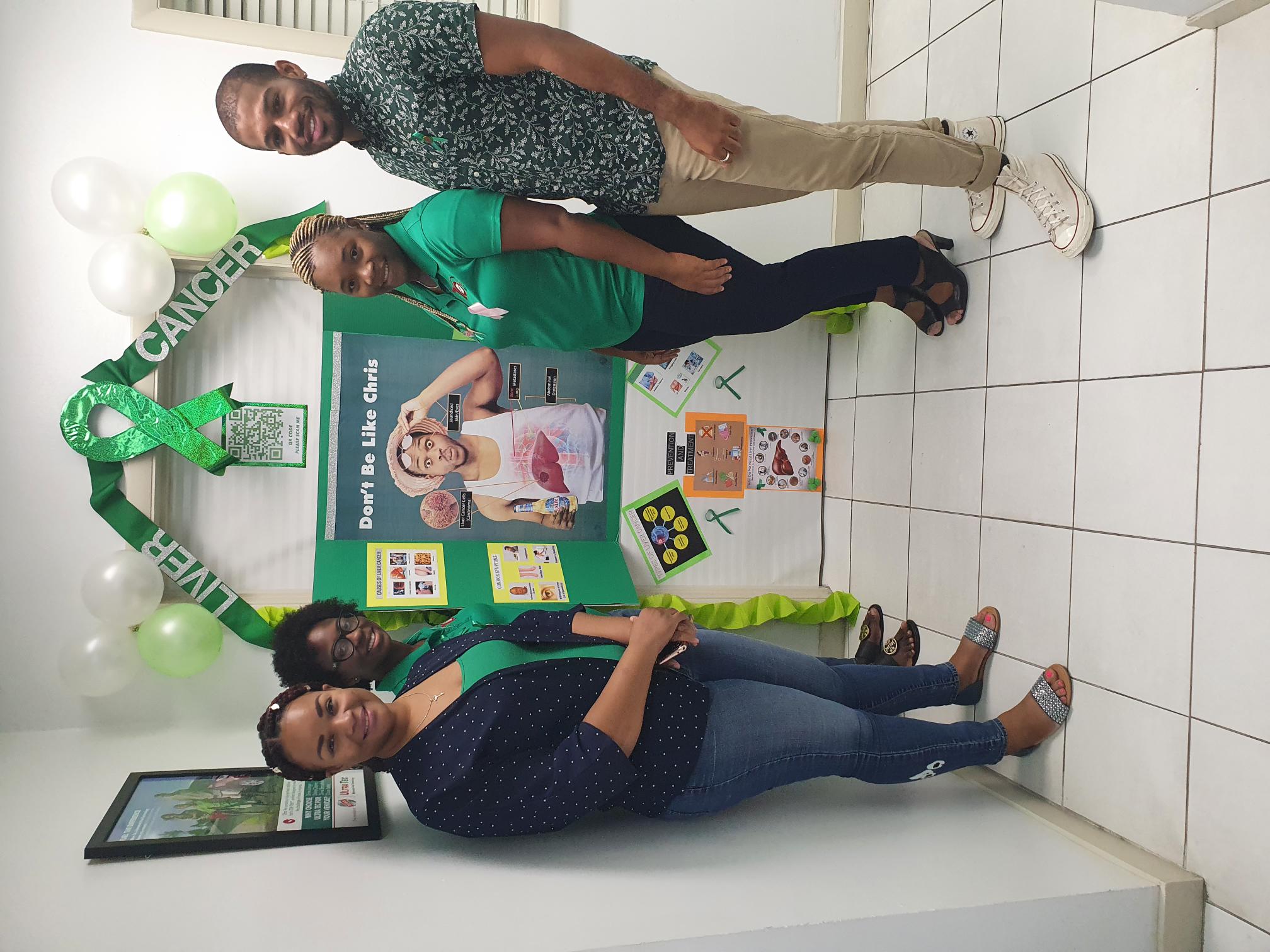 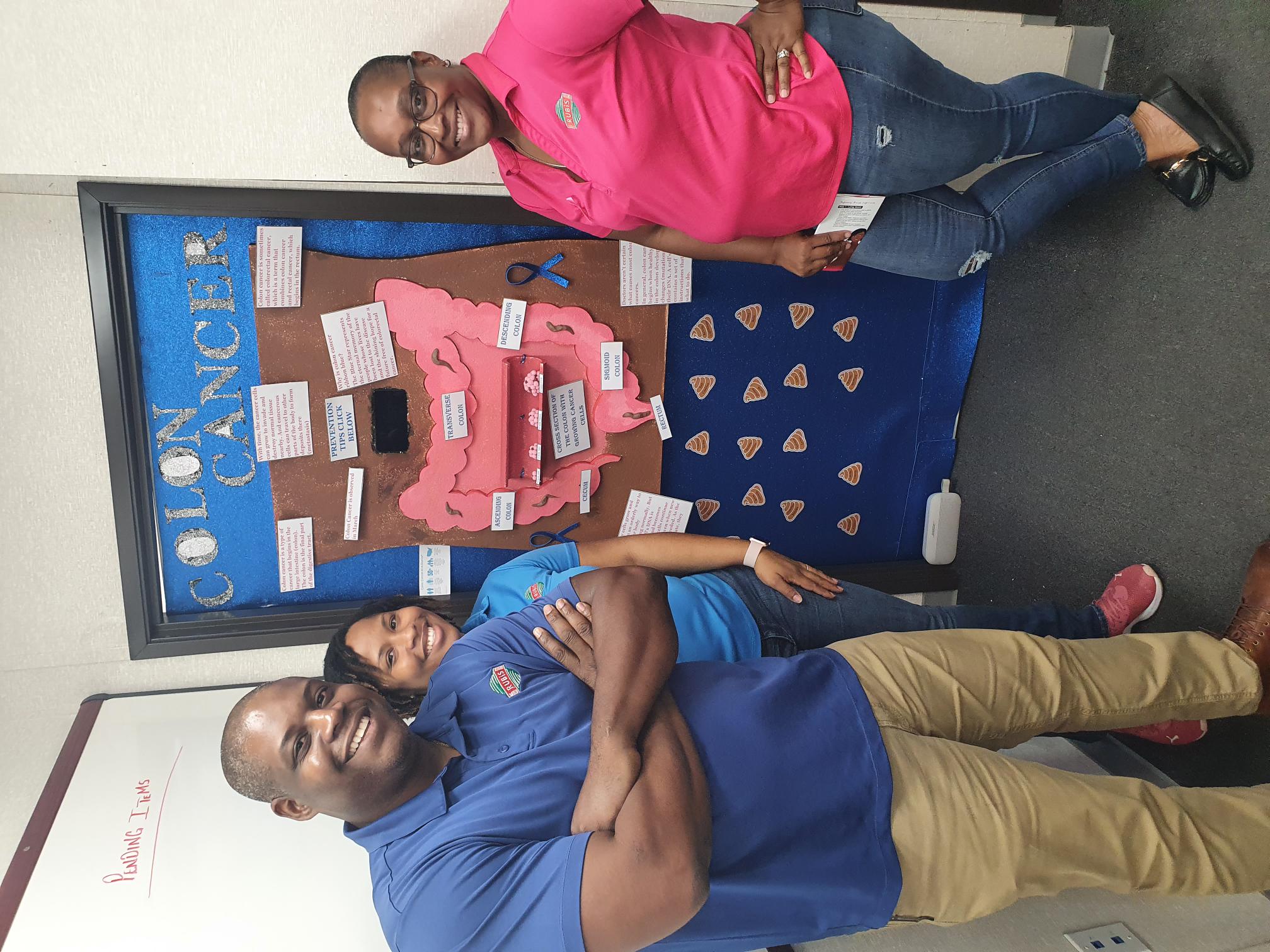 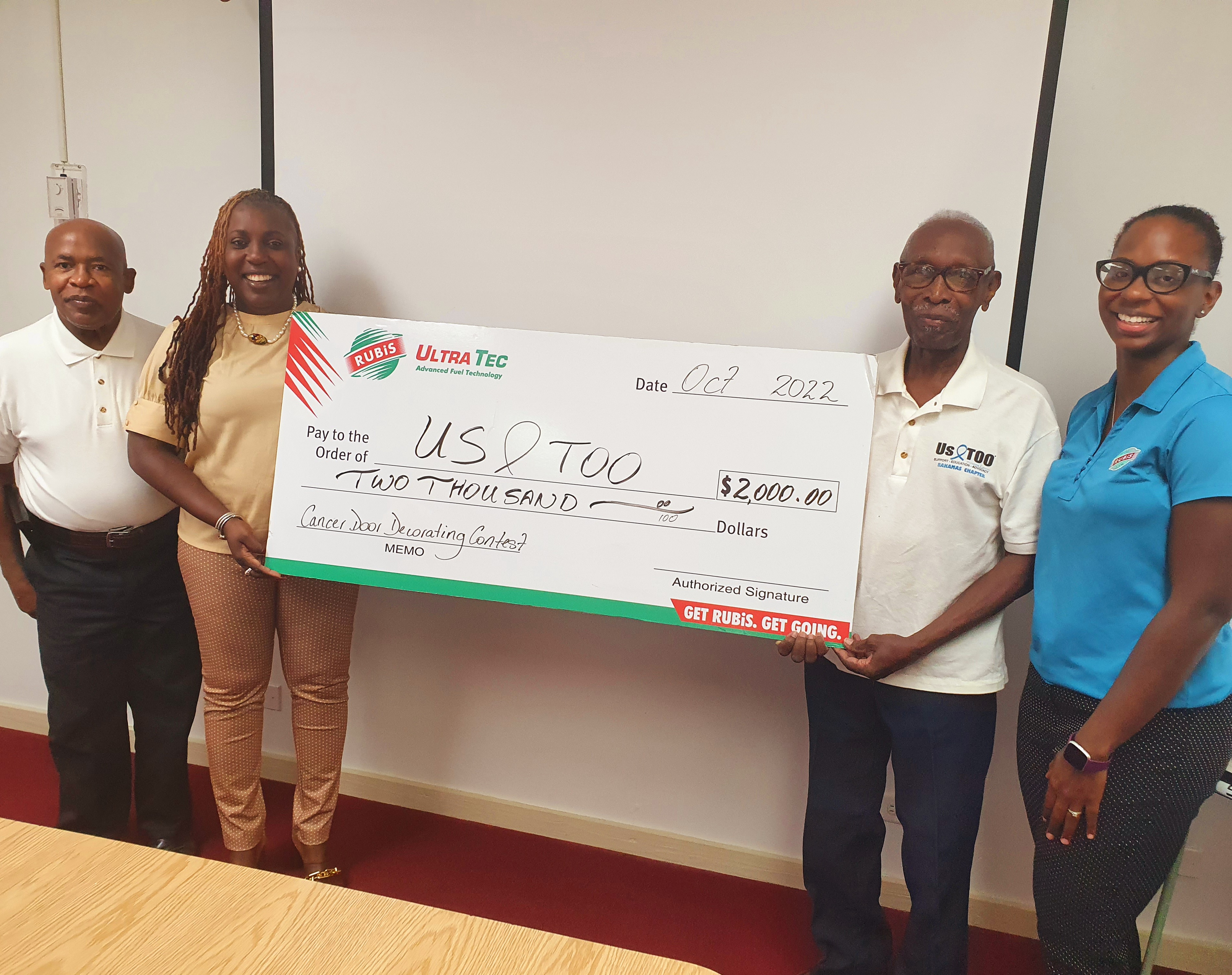 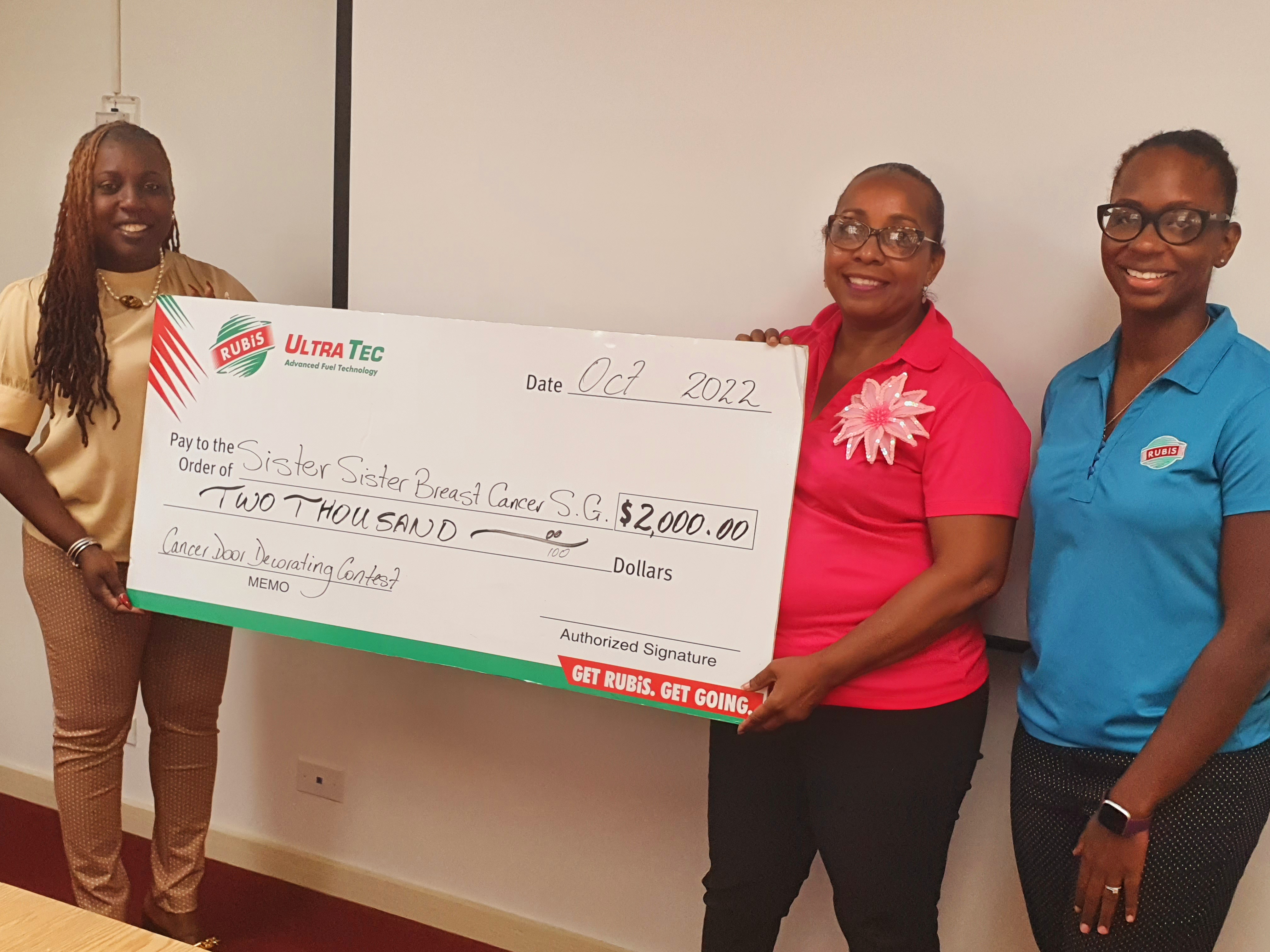 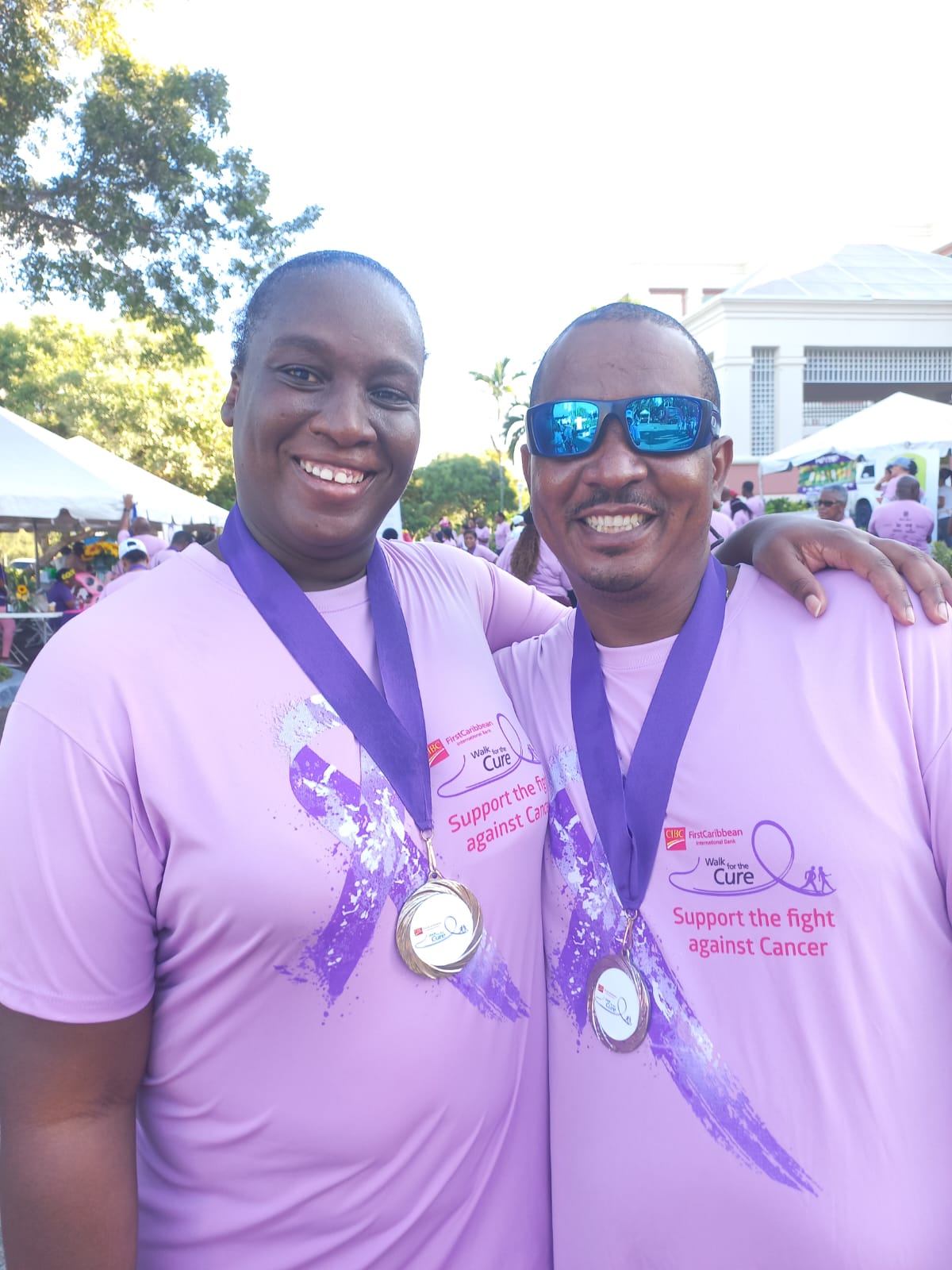 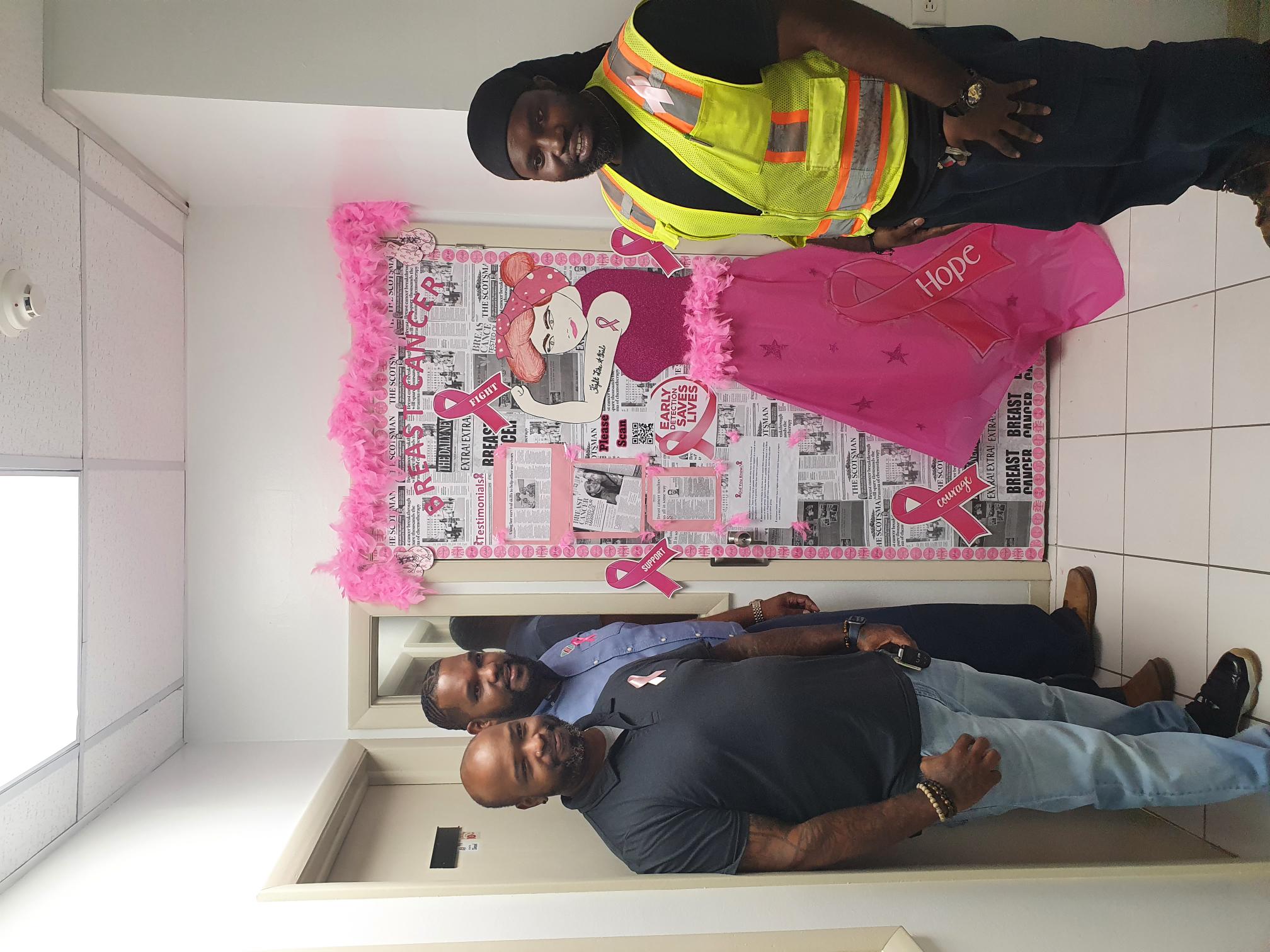 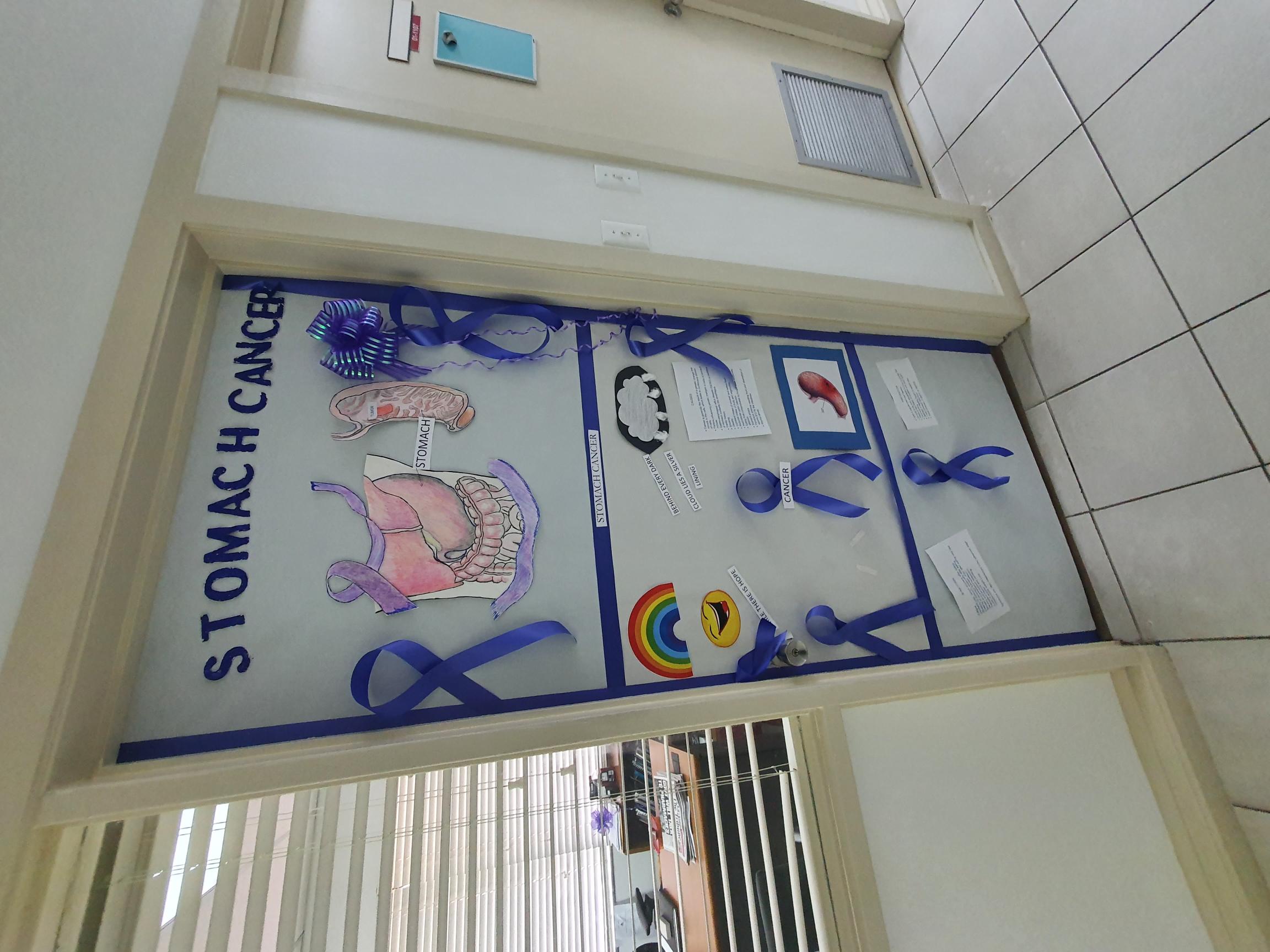